One of the common questions which a newly qualified CA / Lawyer often asks is “How does one Study FEMA?” The Foreign Exchange Management Act, 1999 (FEMA) has been around since 1999 and before that it existed as the Foreign Exchange Regulation Act, 1973 (FERA). In spite of such a long lineage, this question refuses to die down.

A possible reason for this confusion could be the multiple sources of legislations which one comes across when dealing with FEMA. In addition, there are different agencies which one encounters under this law. Through this article let us examine the hierarchy of FEMA and the various types of legislations one encounters when dealing with foreign exchange transactions in India!

CENTRAL ACT
The Foreign Exchange Management Act, 1999 is a Central Statute of the Parliament and is the supreme statute when it comes to regulating all foreign transactions in India. The Preamble to the Act states that it is a law relating to foreign exchange with the objective of facilitating external trade and payments and for promoting the orderly development and maintenance of the foreign exchange market in India. It applies to the whole of India and even to an office, branch or agency abroad which is owned or controlled by a person resident in India.

Three important decisions  have  examined  the  fabric  of FEMA. A two-Judge Bench of the Supreme Court in Dropti Devi vs. Union of India (2012) 7 SCC 499 held that FEMA was quite similar to its predecessor FERA. It held that insofar as conservation and/or augmentation  of foreign exchange were concerned, the restrictions in FEMA continued to be as rigorous as they were in FERA. While its aim was to promote the orderly development and maintenance of foreign exchange markets in India, the Government’s control in matters of foreign exchange had not been diluted.

An offence under FEMA is no longer a criminal offence as it was under FERA. However, while no arrest can    be made under FEMA, the Supreme Court in Union of India vs. Venkateshan S., 2002 AIR SCW 1978, has held that a person who violates the provisions of the FEMA  to a large extent can be detained under the Preventive Detention Act, namely, the Conservation of Foreign Exchange and Prevention of Smuggling Activities Act, 1974 (“COFEPOSA”). It held that the object of FEMA was also promotion of orderly development and maintenance of foreign exchange market in India. For violation of foreign exchange regulations, a penalty can be levied and such activity is certainly an illegal activity, which is prejudicial to conservation or augmentation of foreign exchange. The COFEPOSA was enacted to prevent violation of foreign exchange regulations or smuggling activ 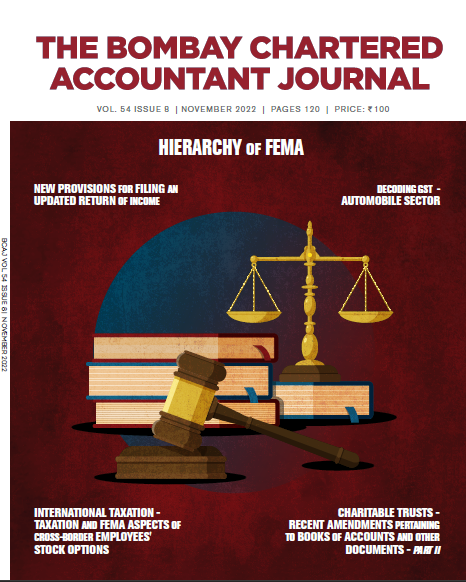