Some speeches are so good that they not only deserve praise but also recollection and analysis. Shri Nitin Gadkari’s address at the inauguration of the NHAI building in Delhi on 26th October, 2020 was one such rare display of unhesitating candour and clarity. The Minister articulated ‘all’ that is undesirable in the Babucracy of our country. Coming from someone who is within the system and works closely with this class, it accentuates and authenticates certain aspects of some people in sarkar.

Normally, an inauguration event would have called for a celebratory and congratulatory tone. But the talk was everything but that. This editorial is dedicated to paraphrasing some key points:

Feeling ashamed: The Minister expressed a sense of shame and said he was incapable of giving Abhinandan (joyful regard) when he sees the functioning of the NHAI (the budget allocated in the F.Y. 2019-20 is Rs. 1.12 lakh crores).

Facts: The project was started in 2008 and the tender awarded in 2011. The project saw two governments and eight NHAI Chairmen before being completed! He pointed out that the Delhi-Mumbai highway project worth Rs. 80,000 to Rs. 100,000 crores, will take 3.5 years to complete, while this one cost Rs. 250 crores and yet took so long! Sarcastically, he requested an internal ‘research paper’ to show how decisions do not get taken for years and how hurdles are created to obstruct things from happening.

Name and shame: He mentioned the designations of Chairman, DGM and GM and sarcastically requested putting up the photographs of those whose indecision took 11 long years for a project (as small as this one) to be completed.

Usual escape route (or excuse route): He predicted that a ‘record will be created’ to blame the contractor because he went to the NCLT to justify the long delay.

Deformed mentality: It wasn’t just indecision, but while remaining indecisive creating even further complications instead of getting the work done – this was the attitude (or attribute!) of such people and they remained stuck at the NHAI for years. He didn’t doubt their integrity, but their way of thinking was like that of a VishKanya.

Tradition of CGM and GM: He called this convention of hierarchy nikammi (trashy, despicable and useless) and naalaayak (worthless).

Bad raw material: The ‘basic raw material’ (those hired) was bad. We are not able to hire from IITs and IIMs, while those who are incapable of working even in a state government are made CGMs and GMs and promoted at NHAI.

Holding accountable: While fingers were pointed at contractors, engineers, designers and action was also taken, but not against the RO, CGM, GM, PD and such internal functionaries. Even Members of the NHAI depend on the GM and CGM and do not know what is going on. GMs do not inform the Members of even emergency matters. Although the organisation has credibility in the market, it did not know about its own performance bottlenecks. Akaryaksham (incapable to act), bhrashta (corrupt) and nikkama (useless) people are still powerful and act arbitrarily in NHAI.

Waste of money: Cost overruns and futile court cases which when lost award compensation to contractors and jack up the costs many fold. He even gave examples.

Committees: Committees in NHAI rake up negativity, inaction and complicate matters. They are non-performing assets.

Equal treatment: We treat everyone equally (pun intended), give eight out of ten to those who are not fit for working in the government. We treat donkeys and horses alike.

Reform: The system that is inefficient, inactive, negative, maker of indecisive committees and holding up work should be demolished. In spite of several reports on reforms, no initiative is taken for implementing them.

He ended by saying that organisations must be TRANSPARENT, TIME-BOUND, RESULT-ORIENTED, QUALITATIVE, CORRUPTION-FREE and SMART.

Well, he stated all that needs to be cured! If this part of Babucracy changes, India will transform. Faster! 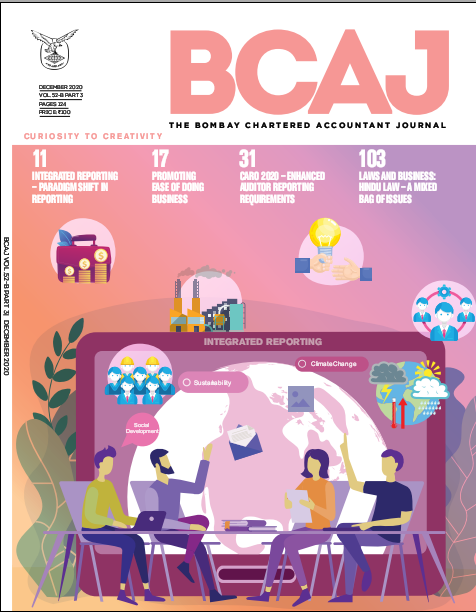