Banking as a Service

Have you opened a bank account or a Demat account at a bank recently? Signatures are required at ten to twelve places. Some time back I opened an account for a minor and 12 signatures were required and for a Demat account 32 signatures. Signatures on pages and pages of ‘fine print’ that no one can fathom nor has a choice to change – this is a cumbersome chore for a fundamental service like banking. Much of it is like pressing ‘I Agree’ when downloading apps and like someone put it - ‘I Agree’ is the biggest lie ever.

A few months back a top private sector bank relationship manager said that they would open a Demat account for an NRI customer only if there was in-person verification (which later I found was wrong even as per the internal guidelines). Finally the non-resident people came in after a few months, and a very junior person did ‘in-person verification’ and the bank opened the account after daily follow-up.

Another case is that of a charitable trust. A 167-year-old MNC bank gave a list of acceptable address proofs. This list of some 13 items did not include a single proof that was applicable to a non-business charitable entity. Therefore, they said you won't be KYC compliant and therefore your account could be blocked or closed. A charitable trust is often registered at the office of the Trustees. The bankers could offer only one option – to take the address of the trustees to be the address of the charitable trust for KYC purposes, which meant that the trust communication would go to trustees’ residential address instead of the office. It felt like being a hostage since the trust had deposits u/s 12, and there was no option but to bend.

In another case, a European bank, since eight months are unable to close a LO bank account after MCA has approved the LO closure and tax department has given an NOC. The bankers are asking for documents that the LO has already submitted on a yearly basis because the bank cannot find them. And all this is for a meagre sum. In another case, another top private sector bank is asking for Physical Copies during COVID lockdown (when no post or courier is working) to change the address in bank records in spite of providing documents through registered email and in spite of ROC records updated for a local address change.

Today, after more than a decade of the Satyam scam, I can say that most bankers do not send direct confirmations to auditors in spite of client instructions and authorisation. The RBI perhaps is looking for a bigger corporate fatality to learn the lesson! Can RBI not formulate a regulation to ensure that a comprehensive confirmation of all the facilities is sent to auditors?

An over-the-top example is that of credit card interest and finance charges of 3-4% per month that most banks charge on delayed payments. Only Dilbert cartoons can explain this. Most of us have come across such appalling service levels, extreme nit-picking, and unreasonable attitude of bankers and banks. These, from my experience, are deep and pervasive across the sector.

No doubt that the banks have done a lot of good work too but they have lost loads of money as well. Banks as a sector is a huge boulder blocking ease of doing business for small and medium players especially. NPA track record shows a dismal performance of PSBs when it comes to protecting money of depositors. For most people, money is life, because people spend days and months and years to earn it. The present Rs. 5 lakhs DICGC insurance cover which I am told has not yet come into effect  (and was raised from Rs. 1 lakh after 27 years) is paltry. In the event of a bank failure, this insurance gets paid post all investigation process, which takes a lifetime, literally. Every taxpayer deserves better service from banks and better cover for her wealth in a bank. This is a big taxpayer concern: service of the bank and the safety of her tax-paid money with the bank. If tax-paid money is unsafe in a bank, then taxes are not working for taxpayers! 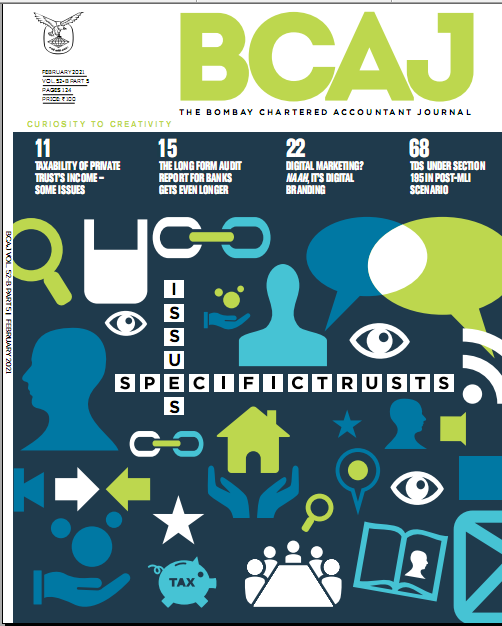