The accrual system of accounting was one of the biggest turning points in financial reporting. Everything changed once it was adopted and accountants came to be counted upon more than ever before. In a lighter vein, an accountant is someone most likely to know what is actually going on in a business!

While we have come a long way indeed, churning out literally tons of paper on financial reporting – both information and analysis – with a view that the reader must know what the preparer knows, however, the semantics of this information hasn’t been more incomprehensible than it is today from the perspective of a lay investor. The test of understandability is not yet bridged.

The auditor is also part of this financial reporting quagmire. Reporting by auditors has expanded in extent and significance but perhaps not in reaching the minds of the lay reader. There are facts, definitions, information, laying down of responsibilities, KAM and auditor’s response, and so on and so forth.

The grapevine has it that a new CARO 2020 is about to come, and hence this thought process. Today, the auditors’ report (AR) for most companies contains the independent auditor’s report with two annexures in the form of the CARO and the report on ICFR. A word count comparison of Microsoft (2018) and TCS (2019) audit reports shows 75% more words in the latter (470 vs. 1966) – and this is excluding CARO, KAM and ICFR reports! But that is just the size of the content.

The general feeling in India is that size will cover up for shortcomings in quality of content. Or that size reflects effective content. People are looking for effective, clear, simple, succinct content. Often, investors complain that auditors word their reports defensively. Of course, this was called for considering that the profession is blamed for many things for which it is not even responsible! We need something better and clearer because everything that needs to be communicated cannot be written, and what is written is often not understood if it is long and complex.

For all these years, till F.Y. 2017-18, the opinion came only towards the end. In F.Y. 2018-19, it was upgraded to the top in the main report (we have to follow the international standards). But the ICFR report still has opinion at the end. As if this wasn’t enough, we got ‘Other Information’ recently that adds to the confusion, and even managements had to be explained what it really meant.

The auditor signs the AR at three places and financials at four to five. Signature is important, but one wonders if it would make any difference if an auditor signed just once instead of thrice in the AR.

Considering the many difficult words in use, we perhaps need a Glossary of Words as a standard part of an Annual Report for lay readers to try to understand the meaning of these words. Consider ‘Other Comprehensive Income’. Literally, it means nothing, at least the first two words. There are also words such as ‘management’ and ‘those charged with governance’. To a lay reader this is out of bounds, especially in the words of FMs, 99% companies are SME. Section 134(5) doesn’t even segregate the two.

There is some conflicting verbiage under the ‘responsibility of management…’ – the words used are financial position and financial performance in the context of the preparation of financial statements. While these words refer to the same thing referred to elsewhere, but they confuse a lay reader. We do have a concept of Nature and Function in accounting, and here both are at play talking about the same financials. 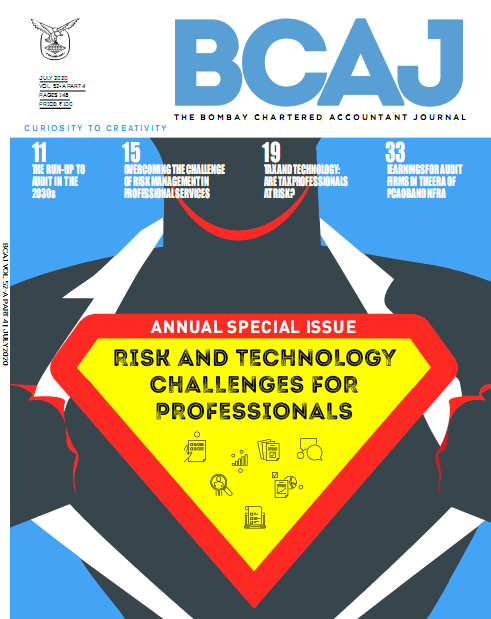